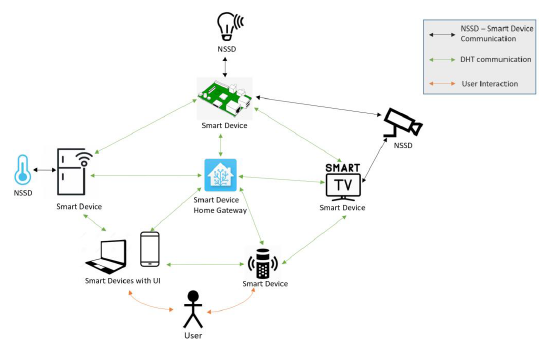 The kick-off for work package (WP)) 5 was held the 13th of September and now we have about two years to define, plan, integrate, test, and demonstrate the SIFIS Home architecture designed in WP1 and the technologies researched and developed by WP3 and WP4, such as key provisioning for Group OSCORE using ACE – Access Control enforced.

WP5 takes care of the integration of the SIFIS-Home security architecture and of its deployment in a dedicated fully featured testbed by using state-of the art deployment and integration tools for cooperation among multiple partners. The WP will also implement the user interface by exploiting the experience and technologies from the Sensative Yggio middleware powered by the FIWARE NGSI v2 compliant Context broker Ratatosk while making major feature step ups by integrating support for LD – Linked Data and the extended WoT – Web of Things framework.

WP5 will verify the functionality of the complete SIFIS-Home Security Architecture, perform system tests, and verify the security not only of each component, but also interoperability, performance as well as the overall vulnerability to threats. Finally, WP5 targets to get the technology validated in an industry relevant scenario.

It feels exciting to finally, one year after the start of the SIFIS-Home project, get going with WP5 and to be able to start to integrate and put the state-of-the-art technologies researched and developed in the other WPs to the test!